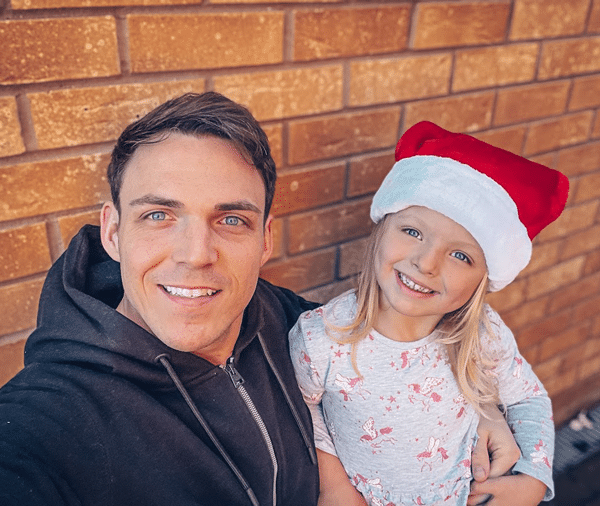 Raising Strong Daughters: Here’s what you must do

It’s no secret that I love being a Daddy. I see raising strong daughters as more than a goal, it’s my responsibility. You should too.

Since having a daughter, I’ve realised that us Dads can play a fundamental role in helping our little girls become the fierce women they deserve to be.

1. How to Raise a Self-Confident Daughter
2. Be a Strong Male Figure in Her Life
3. Highlight and Acknowledging Sexism
4. You’ve got a battle on your hands

We’re surrounded by white male privilege. By my very race and gender, I’m a beneficiary. It doesn’t sit quite right with me.

Nothing could have possibly opened my eyes more than the birth of my baby girl.

I love my daughter more than life itself. Becoming a parent taught me the value of family.

More importantly, being there for my daughter has shown me the importance of raising a strong daughter in a world of imbalance.

Kids learn how to view the world from those closest to them. In their early years, it predominantly from their parents.

Meg Meeker’s article, ‘How to raise strong and confident daughters‘ got me thinking.

I want my daughter to grow up with the confidence to challenge society, break down boundaries and be who she wants to be.

Here’s a simple guide on how to raise a daughter for dads.

It’s by no means extensive, but it should start you off.

Helping you teach your daughter to be strong.

To raise a girl who is happy in herself.

To show her that she can be what she wants to be.

How to raise a self-confident daughter

As a father, I don’t want my daughter to be defined by superficial values.

Of course, we all want to look good and liked to be complimented from time-to-time, but it’s not everything.

Women are under more pressure than ever to look good, perhaps even more so than men.

Social media amplifies this obsession even more. I want my little girl to know there’s more to life than looks.

Kindness, decency, resilience and courage should be the yardstick of success when raising a strong girl.

This great article, ‘10 Compliments to Give your Daughter That Have Nothing To Do With Looks‘ is perfect.

Compliment your daughter on traits that really matter.

Make sure they have the confidence to tackle the world around them without being afraid to fail.

I’ve been surrounded tough women my whole life. They taught me how to be respectful as a man, as well as how to raise a strong girl.

One of my favourite compliments to give Evie is this:

A warm heart is a vital foundation in the making of a good parent, an effective employee and one strong little girl.

Of course, kindness can be taken for granted. Sometimes you need to take a leap of faith in order to share a happy and fulfilling life.

Be the strong male figure in her life

As a Dad, if you ever finding yourself asking how to raise a strong daughter, there’s a simple answer: Lead by example.

This article for PsychCentral covers the subject perfectly.

I’ve summarised a few of the key points for you:

I separated with Evie’s mum a few years ago. Since then, we’ve had our fair share of ups and downs.

One thing I’ve NEVER done is criticised my ex in front of Evie.

A little girl needs to learn from an early age that a man should treat a woman with respect.

2. Don’t be afraid of attachment

Don’t underestimate how important it is for your daughter to form an attachment to you.

Spend quality time with them, play games and let them know you love them often with words as well as physical affection. Evie rarely tells me she loves me back and I never force her to.

To me, those gestures of love are investments into an emotional bank account for the future, which hopefully Evie will be able to reinvest into her own children one day.

We’ve covered this topic above, but I can’t stress the importance of it enough.

Be honestly enthusiastic and interested in the things she tells you and take time to understand the way she thinks.

For example, Evie’s latest thing is to go,

This is Evie’s little precursor to telling me something that happened in her life that she wants to share with me.

No matter what, I respond with the same enthusiasm and excitement, whether it’s the first time of the day or the fiftieth.

4. Treat all adult women the way you want your daughter to be treated someday

If you want to know how to raise strong daughters as a Dad, there’s something incredibly simple you can do: Treat women the way you want your daughter to be treated.

Your attitude towards women is a direct reflection on how your daughter will come to view herself.

Take every opportunity you can to SHOW her that she deserves respect, support and love.

There are so many confusing double-standards in today’s society.

For example, assertive men are considered favourable, but assertive women are typically dismissed as rude or abrasive.

In this study, Ramesh Neir talks about how fairytales and traditional storytelling even reinforces gender bias.

It talks about how more than one study showed that most of children’s literature was dominated by male figures.

What was more concerning was how the girls were “portrayed as acted upon rather than active”. Objects or supporting roles, basically.

The message: Adventures are for men, not women.

Where are the female role models? Who will teach girls to aspire to something more?

Our children should be ready to take on the world and be whatever or whoever they want to be.

Telling stories that continually emphasise these gender roles is a recipe for disaster.

Don’t get me wrong…There has been a definite shift.

Disney’s Frozen definitely helps to dismantle some of these traditional damsels in distress stories.

They deliberately steered clear of power-hungry evil witches or relying on handsome princes to save the day.

That’s a lesson on how to raise daughters in my book.

Take this point with a pinch of salt.

What I’m NOT doing, is telling you that your children CAN’T read classic tales.

Just be aware of those gender roles and remind your daughter to challenge them.

It’ll pay dividends in her development.

You’ve got a battle on your hands

If you really want to know how to raise a good daughter, you need to encourage them to be themselves.

Teach them to be the person they want to be unapologetically, unconditionally and unwaveringly.

I’m going to share some bad news with you though…

If you get it right, she’s going to push your buttons, test the boundaries and challenge the rules, particularly during the teen years…so I’m told.

Your little girl needs to understand that her opinion matters.

She needs to know her voice is heard.

You definitely won’t always agree with her.

In fact, she’ll probably drive you up the wall.

Be patient, it’s a sacrifice you’re going to have to be to make.

What do you get in return?

You’ll have guided your little lady through her life, imbued with the sense of self-worth that she deserves.

Want your daughter to take a leap of faith and be who she wants to be? Y

You need to be there to catch her.

That’s what I plan to do with Evie.

Like what you read? Check out some of our other recent posts too!
– In-Depth Review: KidKraft Majestic Mansion Dolls House
– My top 10 parenting rules to live by for 2021
– The importance of taking time for yourself

“You will never have this day with your children

The not-so-secret guide to being decent dad I pos

I remember the feeling of sheer dread the first da