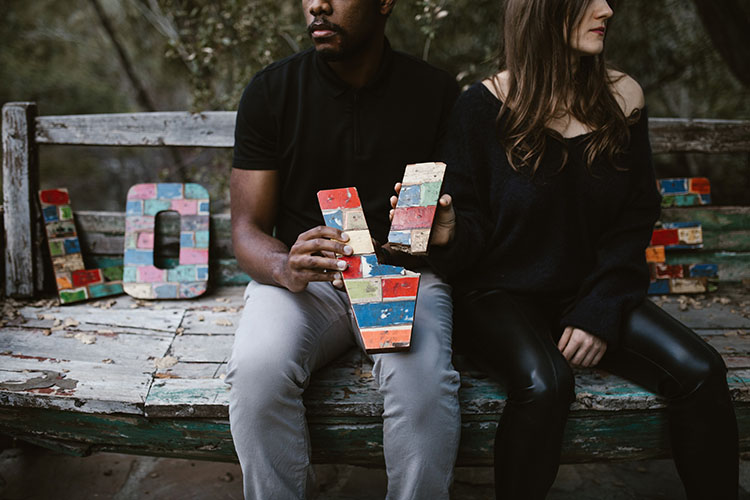 Effects of parental separation on a child

When you buy something using the retail links in our stories, we may earn a small commission. It helps us to keep providing great content!


There’s a stigma that surrounds separation; it feels like we’ve failed. With around 2.4 million separated families in Great Britain, what are the effects of parental separation on a child?

If you haven’t been there yourself, I’m sure you’ve known somebody who has. Separation is a tough emotional experience for grown-ups, let alone children.

My parents divorced when my twin brother and I were young children, so we have first-hand experience of the psychological effect of separation and divorce from a kid’s perspective.

Honestly? For me, there wasn’t a great deal of lasting impact (at least, conscious ones!), but the long term effects are almost entirely dependant on your circumstances, the arrangements that are made between the parents and how they’re carried out.

This is a topic I researched a lot when Evie’s mum and I first separated, so let’s break it down.

How are children affected by parental separation?

Even between adults, parental separation can feel like an emotional rollercoaster. As grown-ups, we’ve got the luxury of fully developed brains and a contextual understanding of the situation and why it’s happening.

For a child, particularly at the beginning, it can often feel like trying to put together a puzzle and only having half of the pieces.

The immediate aftermath of separation is when a child is typically most unhappy.

It’s very normal for a child to want their parents to remain together and that unhappiness can transfer into behavioural problems.

It’s understandable when all-of-a-sudden the life your child has always known has been ripped from underneath them – not just their physical home, but their entire way of life.

It’s likely that your child will be feeling:

This whirlwind of emotions is often compounded even more by the changes that are going on around them. Parental separation often means the division of assets and, at least in the short term, money is usually tight, stress levels are high and everybody is just a little out of kilter.

This wasn’t a particularly pleasant phase of my life and I remember my debt spiralling rapidly out of control after Evie’s mum walked out. I had to find the money to cover the house, child maintenance, rising credit card bills, solicitor and mediation fees and everything else that life throws at you.

On the plus side, Evie was only two-and-a-half years old when we separated and Evie’s mum had worked every other Saturday since her maternity leave had finished. This meant Evie was used to being alone with me regularly, so her transition was fairly straightforward in that respect.

If you’ve lived through separation yourself, you’ll know there’s usually a phase of re-adjustment. Somebody that has played such a fundamental part of your life is suddenly not part of it anymore and you need to ‘unlearn’ the life you’d become so accustomed to.

The same goes for your children too.

It’s not uncommon for children to become very insecure, which can often trigger a whole range of behaviours that you’d associate with them being much younger.

If your child is struggling with insecurity, research has shown they can regress. You might find they start wetting the bed all-of-a-sudden or that they become incredibly clingy when they’re around you – they may even channel that energy into anger and stroppiness.

Here’s what you need to remember: It’s totally normal.

Evie dealt with the separation fantastically but I definitely noticed that she became more clingy in the first few months. She’d always want to be carried and became very reliant on her dummy as a comforter.

Given all of the changes going on, Evie had her dummy and blanket later than she would have done if her mum and I hadn’t separated. Wee felt it was important for her to have some consistency and to minimise the number of changes going on until she’d adjusted to her life with both newly single parents.

What can you do to help

Like I said earlier, it’s almost a given that there will be some difficult feelings between you both as parents and probably the extended families.

The most important thing to remember is that your child will pick up on this.

You need to do everything in your power for the sake of their mental health, to make sure that you don’t project any of those feelings of anger, sadness or bitterness onto your child.

Instead, you need to do all you can do to help your child emotionally through the separation, whilst quashing any feelings of guilt, confusion or unhappiness they might be feeling after the split.

You can support your child by:

I struggled immensely with guilt following the separation, as well as parental self-doubt. I genuinely felt like I’d failed as a parent because Evie’s mum and I hadn’t worked out.

It felt awful knowing that Evie was having to move between households because it as all new to her.

I’ve always been a passionate advocate of consistency when it comes to parenting (and adulting for that matter!).

I made it my life’s mission to make sure that I gave and continue to give Evie the most enjoyable experience possible when she’s with me.

If I say, “What’s Daddy’s house for?”, I can guarantee the answer she’ll give you will be…

I try my best to do always do everything I’ve listed above. I’ll be honest, some days I’m better at it than others.

The important thing to remember is that we all have off days.

Being self-aware enough to notice when you could be better is half the battle.

All you have to do then is act on it.

Separation and divorce is not something anybody wants to go through and it certainly isn’t something to ever be ashamed of.

Parental conflict can have harmful effects on children and the most important thing is to take a child-focused approach every step of the way.

Research has shown that it’s in a child’s best interests to have a healthy relationship with both parents, except in cases of abuse.

That means that establishing a solid co-parenting relationship should be the number one goal for you and your kids.

If you’re struggling to get anywhere because one side is digging their heels in, seek professional support.

You don’t always have to go to family courts.

Mediation is designed to help you come to a fair agreement and shape a Parenting Plan which sets out the terms of what will happen in future, helping you to both maintain a solid parent child relationship.

Since creating ‘The Breaking Dad’ on Instagram (And recently passing the first anniversary of the account), I’ve been blown away by how few Dads take an active role in their children’s lives after separation.

When there is a high level of bitterness between ex-partners, I’ve experienced two things happening:

Of course, there are many, many more cases of parents working tirelessly to make sure they’re kids are happy too.

Let’s be clear: Every situation is different so it’s impossible to generalise.

There have been points in the separation with Evie’s mum that I didn’t feel like I could keep going anymore.

The only advice I can give either side, mums or dads, is to just keep pushing forwards.

It gets better and if having a bond with a little person or people you brought into this world isn’t enough of an incentive to keep on pushing, I don’t know what is!

If you’d like more on this subject, one of the most powerful books I read was, ‘The Guide for Separated Parents: Putting Children First’ by Karen and Nick Woodall. If you’re going through separation, make sure you pick it up!