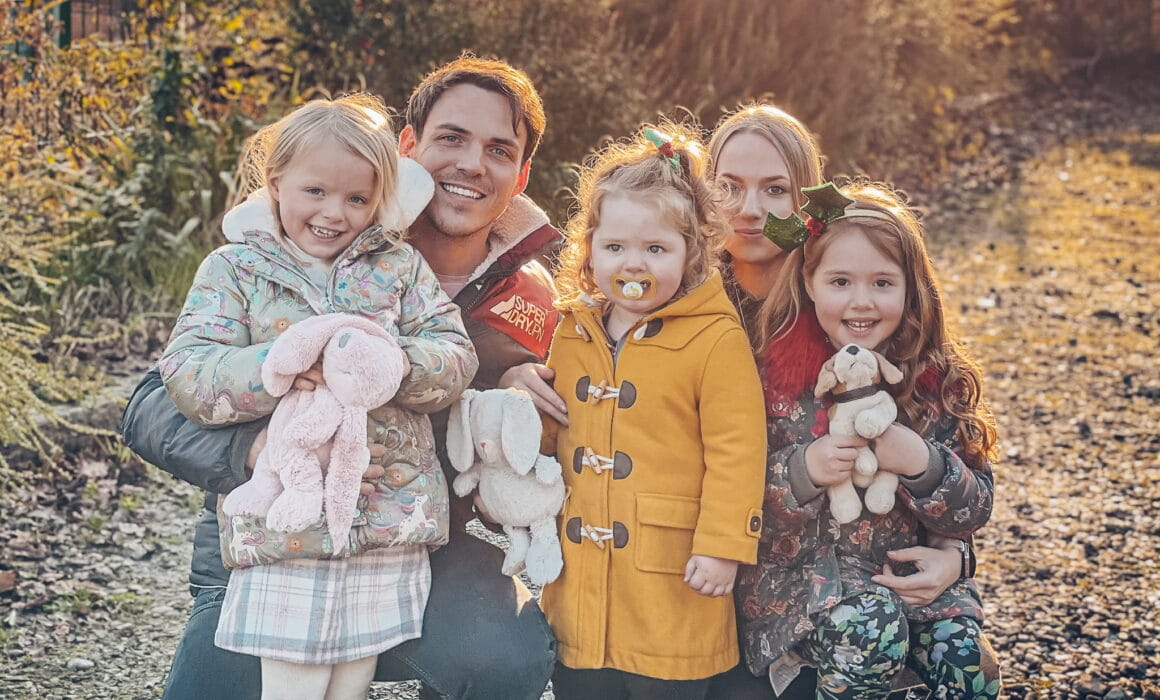 Every now and then, there are days that stand out as ones you think you’ll probably always remember. Last Sunday was one of them.

Life has a way of shifting in little phases like acts in a play or chapters in a book. Your story is unfolding and in no time at all, you might find yourself propelled into the unknown.

Typical examples might include a change of career, the start of a new relationship, having kids or the outbreak of a global disease – these things can all thrust you into disarray as your mind tries to adjust to the new situation and find that ‘new normal’.

The last chapter of my life came to an end when Evie’s mum and I separated and I felt very much lost about what the future would look like.

I met Rosie after almost exactly a year of being single. I found the adjustment into being in a relationship quite difficult, despite the fact I had absolutely no doubt that being with her was what I wanted.

Going through a difficult separation can leave a lot of raw and exposed nerves, so allowing yourself to let go fully into a new relationship can often feel tough.

We took our time and gradually, over time, our relationship started coming together.

Rosie has two kids and I have Evie, so we were both very careful to make sure we were sure things were on the right path before we started to even think about making introductions.

Fast forward a few months and Rosie met Evie – they hit it off immediately. Zoom a little further along the timeline and I met Rosie’s kids, Tilly (5) and Liza (2). I fell in love instantly and, thankfully, they took to me.

Then, it was the big one: Our kids meeting each other,

On their first meeting, Evie and Tilly decided they were best friends and we all had the most perfect day pumpkin picking together.

Everything felt so natural and we spent the day smiling.

FINALLY, after years of things never quite feeling ‘right’ in the past, suddenly I understand what it means to be truly happy.

This weekend we all met my mum, mum’s other half and sister at the Watercress Line for a day out meeting Father Christmas.

The significance of the day was that it was the first time we were having a traditional family day out with what is gradually becoming our new ‘blended family’.

You can see some of the pictures below, but I honestly can’t tell you what a lovely day it was.

I was in awe of Rosie and how she raises her kids; she’s so attentive, hands-on and kind to all of the children, it blows me away.

The children were so sweet to each other and there wasn’t a single temper tantrum or strop. We had nothing but smiles and laughter all day.

Tilly, Rosie’s oldest daughter (5), even said to my mum as she said goodbye, “I hope you have a lovely Christmas!”. I mean honestly, what five year old do you know that’s that polite!?

You can see a few of the pictures here:

Before the separation, I always felt like I was accepting my lot. I remember speaking to a colleague at work about how miserable my home life was and the conversation going along the lines of, “Well, so long as Evie is at home, I won’t be going anywhere. This is the life I live until then”.

Oh what a terrible decision that would have been.

I look back now and realise just how much I was missing out on. My life is happier now than I think it’s ever been. I’m more emotionally and financially secure than I’ve ever felt and I’m with somebody I can call my best mate as well as my girlfriend.

We have three beautiful girls and, though I’m hopelessly outnumbered, I wouldn’t have it any other way.

When one chapter ends, another begins

It can be easy to feel trapped in an unhappy life for what you think are ‘moral’ reasons. I certainly did. I thought I was doing right by my daughter by not walking,

Ultimately, the decision was taken away from me and it was the best thing that could have happened for Evie’s wellbeing.

She now has two incredibly loving homes and as she transitions from her mum’s house to mine, she sees two glaringly different perspectives on life.

That’s great for her.

There was a time when I thought the end of the last chapter meant the end of any sort of meaningful future for me too.

I was totally wrong, the next chapter has already brought more romance, excitement and laughter than I could have ever imagined, and it’s only just getting started.

The not-so-secret guide to being decent dad I pos

I remember the feeling of sheer dread the first da

Lockdown doesn’t feel locked down when I have yo

“The best way to make children good is to make t